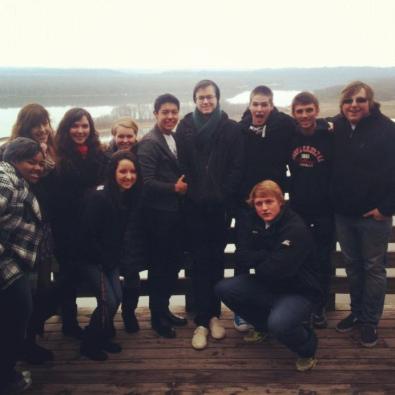 Students gathered in Geiger Hall reflecting on their disappointment by the lack of an a Cappella group on the College’s campus.  It was decided that night that these three friends would start their own non-credited a Cappella group.  Thus, Sonata Problem was born!  SP began with just two student-written arrangements and rehearsals every Tuesday and Thursday night.

Since then, we have grown in numbers and are now recognized as an official NCC Student Organization.  In January 2017, SP competed in the International Championship of Collegiate a Cappella competition for the first time.  We competed at ICCA 2018 where one of our soloists, Kira Savegnago, was awarded the Outstanding Soloist award for the entire competition.  We are constantly improving and working to cultivate a group of creative minds who seek community through music.  We work hard, sing well, and most importantly, have fun!